At the age of 19, he became interested in jazz and his derivatives, with the bass he discovered through Stanley Clark, Jaco and Jonas Helborg and his album "Elegant Punk", which opened his eyes to a new approach to The instrument that will never leave it.
Toxicomoon bassist, with whom he plays in the North East of France, Benelux and Germany.
Installed in the south since 1987 he plays with Taxi De Nuit
In 1991, Rippert Band (jazz fusion) 2 albums, -
-The album Fred & Co (first solo album) Disque appeared at Muséa at the end of 1996, it is also nominated at the « Victoires de La Musique » category new talents jazz 96/97.
Bassist of Cyril Achard from 1996 to 1998 (rock fusion) and becomes a demonstrator for Peavey Europe
-Participate with compilation CD Bass Influence 2
-Participation to the 3rd CD compilation of « Bass Influence 3 »
-Recording the 2nd solo album TOOR DE POOLP (self produced)
-In 2002 "TC Jones Project" (electrojazz)
-In 2004 Fred becomes  demonstrator for  Paul Lairat Basses (2004/2015) and play with at Namm Show Los Angeles, Frankfurt Musikmesse and plays with him all over the world.
-2005 a new album dedicated to the bass on which are invited Cyril Achard, Ahmed Aït Naceur, Eric Lebailly, Philippe d'Ercole, Fred Gire and Marco Campo, album released in April at Musea Records.
-2009 Realization of the solo album Alone with only the bass is the only instrument
-2010 Fred is now an artist for the effect pedals of the brand EBS
Release of the album Sunlight Scars of Lag I Run and the live of Eclat
-2012 Release of the album L'esprit du cercle d'Eclat
-2013 Realization of the CD solo CD "Voyage" with a lot of guests. Release May 2014
-2015/2016 he created with his partner the Retro Active Studio, a music and video creation studio, for television, internet and live.
-2O16 Fred stops working with Paul Lairat, and dedicates himself to the realization of cd for singers and musicians.
-2017 Fred becomes the demonstrator of the brand Fibenare for France and plays on the model Globe Bass 5 strings single cut
-2017: new realizations in progress: - preparation of the new CD of LAG I RUN and Concerts (September)
- preparation of the new CD with Adrian Byron Burns (bill wyman rhythm kings)
- new CD in duet (bass and voice) with Krys Joe (French Singer)
To come: - interview scheduled in Bass Musician (USA) in September
- interview programmed in Bassiste magasine (France) 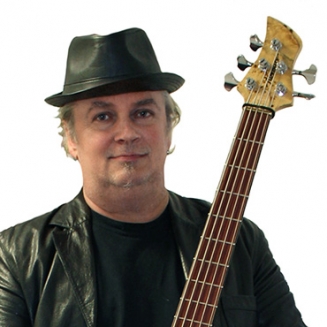